Another chilly morning although I've...

on October 19, 2022
Not been out; it is still a couple of hours before sunrise. Today is the feast of Saint Peter of Alcantara; the Mass is Iustus ut palma.
It is a breezy morning at this point; I don't know if this means the smokiness will be dissipated soon or if the wind is carrying more smoke into the valley. This is Dom Prosper for Saint Peter; it is mostly a citation from two chapters of the Vita of the great Saint Teresa.

'O happy penance, which has won me such glory', said the saint of to-day at the threshold of heaven. And on earth, Teresa of Jesus wrote of him: "Oh! what a perfect imitator of Jesus Christ God has just taken from us, by calling to his glory that blessed religious, Brother Peter of Alcantara! The world, they say, is no longer capable of such high perfection; constitutions are weaker, and we are not now in the olden times. Here is a saint of the present day; yet his manly fervour equalled that of past ages; and he had supreme disdain for everything earthly. But without going barefoot like him, or doing such sharp penance, there are very many ways in which we can practise contempt of the world, and which our Lord will teach us as soon as we have courage. What great courage must the holy man I speak of have received from God, to keep up for forty-seven years the rigorous penance that all now know! Of all his mortifications, that which cost him most at the beginning was the overcoming of sleep; to effect this he would remain continually on his knees, or else standing. The little repose he granted to nature he took sitting, with his head leaning against piece of wood fixed to the wall; indeed, had he wished to lie down, he could not have done so, for his cell was only four feet and half in length. During the course of all these years, he never put his hood up, however burning the sun might be, or however heavy the rain. He never used shoes or stockings. He wore no other clothing than a single garment of rough, coarse cloth; I found out, however, that for twenty years he wore a hair-shirt made on plates of tin, which he never took off. His habit was as narrow as it could possibly be; and over it he put a short cloak of the same material; this he took off when it was very cold, and left the door and small window of his cell open for a while; then he shut them and put his cape on again, which he said was his manner of warming himself and giving his body a little better temperature. He usually ate but
once in three days; and when showed some surprise at this, he said it was quite easy when one was accustomed to it. His poverty was extreme; and such was his mortification, that, as he acknowledged to me, he had, when young, spent three years in a house of his Order without knowing any one of the religious except by the sound of his voice; for he had never lifted up his eyes; so that, when called by the rule to any part of the house, he could find his way only by following the other brethren. He observed the same custody of the eyes when on the roads. When I made his acquaintance, his body was so emaciated that it seem to be formed of the roots of trees."

M l'Abbé's server appears not to have arranged the bookmarks of the missal according to the correct order, ahem; he is an older fellow who has fairly recently entered the ranks. Someone forgot to light the candles the other day (not that that hasn't happened before). Am guessing that the combined ages this morning is more or less 150 years, ha. M Grodziski can be a touch prickly over even very minor details, eh, in my experience (which derives entirely from observation of the video streams, alas). I'd hate to see the state of a church that I was sacristan at, ha.
Introitus. Ps. 91, 13-14. Justus ut palma florébit: sicut cedrus Líbani multiplicábitur: plantátus in domo Dómini: in átriis domus Dei nostri. Ps. ibid., 2. Bonum est confitéri Dómino: et psállere nómini tuo, Altíssime. V. Glória Patri. 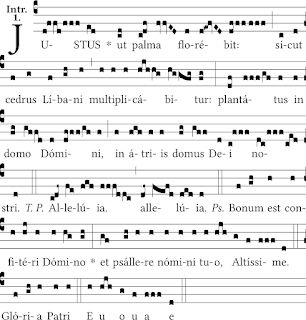 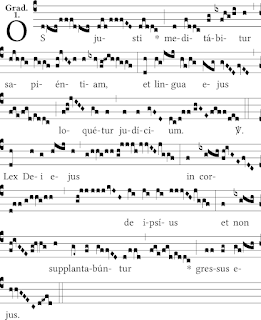 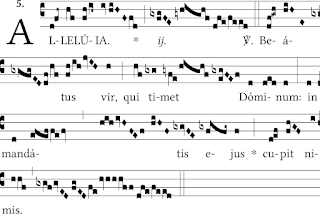 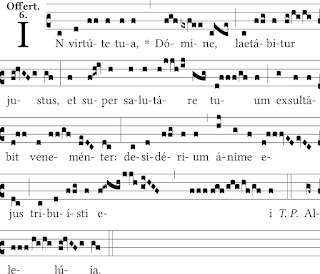 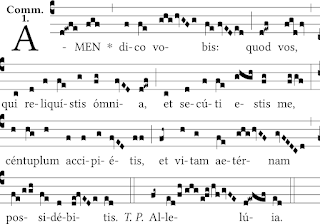