Sunrise is over an hour away so my morning walk...

Was illuminated by street lights and the occasional glimpse of the waning crescent of the Moon and the stars in the heavens (it is cloudy)-- I could live without the street lights. Easy enough to think this, I suppose, given that I no longer regularly drive an automobile (and haven't driven at all since... last year, December it was, if I recall correctly). Today is the 15th Sunday post Pentecosten, the 3rd of September; the Book of Tobias was begun at Matins earlier. The Mass is Inclina Domine aurem tuam.

I did contemplate staying awake to follow the live-stream from Saint-Eugène since I had to get up from bed at just before 0100 but I could feel Morpheus stealing away my senses and went happily back to it, sleeping until just after four.

They began with Maestro Kovalevsky's adaptation of the Vexilla Regis prodeunt but I notice that in the livret they've put the wrong Introit, Miserere mihi Domine, from next Sunday, eh. Presumably the Schola will have sung the correct one. It is quite rare, errors such as this: were I the one responsible for preparing the booklets I'm sure that each month would see multiple 'confusions', ha. 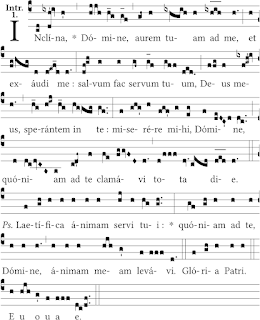 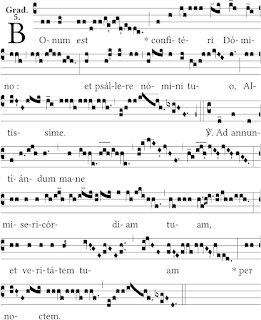 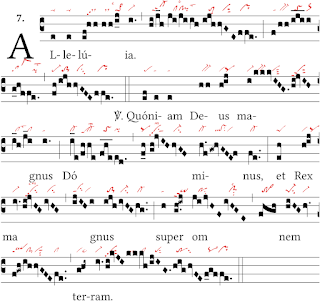 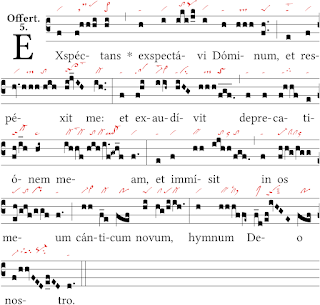 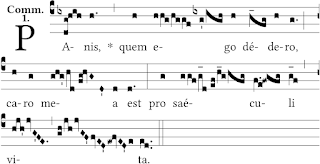 And at this hour, 0643, while the clouds are certainly suffused with light none the less Eos seems decided to remain elusive. The libellum from Saint-E. is here, and the video recording infra.

The Schola reprised the setting of Pierre Corneille from the feast of the Triumph of the Holy Cross on Wednesday to accompany la sortie des clercs. My screen capture app couldn't manage the entire task in one go. 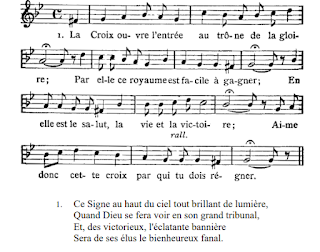 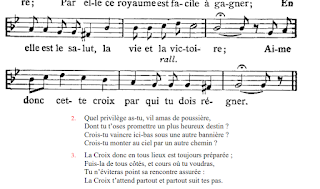