Didn't see the rising Moon at all this morning because...

It happened a bit later than yesterday and the rising Sun rose a bit earlier-- I believe I'm on safe ground writing that; in any event, it is a beautiful cloudless morning apart from one long narrow purple cloud in the East. Am going to interpret this (much less safe ground here or perhaps no grounds at all only wishful speculation) to indicate that the temperature later on won't rise beyond 90. 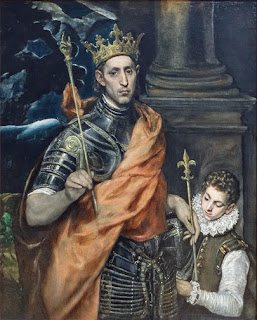 It is the feast of Saint Louis IX Confessor and king of France; El Greco's Saint Louis supra.

There are two Masses available for today: the Mass Os iusti, from the common of confessors (or confessors not bishops, depending on which Missal one is consulting) or the Mass In virtute tua, Domine, laetabitur rex, which is proper in France. Presumably Abbé Grodziski will be celebrating In virtute tua. I had hoped that perhaps the Schola would sing today but nothing at the YouTube site or at Liturgia indicates that this is what's happening alas. Am going to try downloading all five chants of the proper; this represents a first trial of this method.
That seems to have worked like a charm. Other than the fact that I downloaded the proper of the Mass Os iusti (apart from the Introit In veritate tua), tsk.... 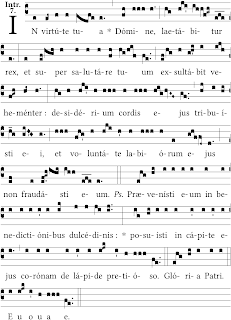 The images have, this time, appeared here in reverse order and I can't seem to move them about in the 'composition window', ha. Am not going to download 'em a third time.
The antiphona ad Offertorium, verses 10 and 12 from the 47th chapter of Ecclesiasticus. 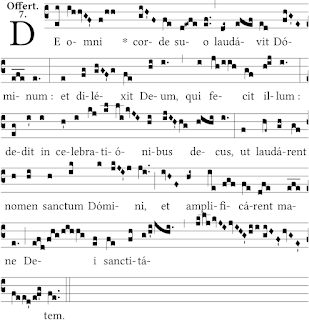 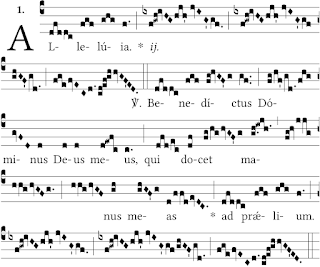 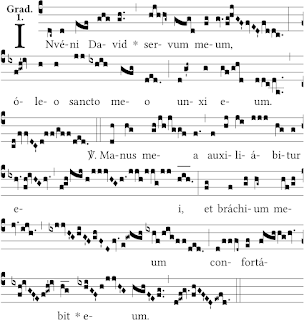 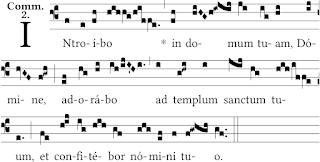