An absolutely cloudless sky in the East thus far today, and so Dawn...

Wasn't particularly spectacular; it isn't predicted to go beyond 90 (with the temperature dropping 30+ degrees after 1800 into tomorrow morning) so I'm content. It is the 11th Sunday post Pentecosten and the 7th day infra Octavam Assumptionis Beatissimae Virginis. I didn't drag myself out of bed at 0145 for the live-stream of Holy Mass from Saint-Eugène but Vespers is upcoming in fifteen minutes. The recording of the Mass is infra.

The antiphon at the Magnificat.

And the prosa or sequence Ave verum Corpus, attributed to Innocentius VI (m 1362 at Avignon), at the beginning of the rite of Benediction of the Most Blessed Sacrament. One of the few chants my voice can manage from beginning to end, ahem. 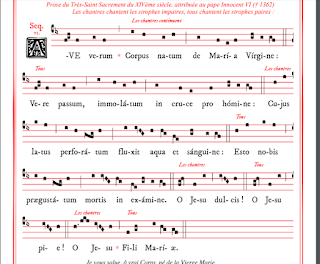 I missed the Regnavit Dominus of Sedulius (the first half of the 5th century, says the Wikipediast) at the beginning of Holy Mass, sung to a melody from the 12th century: which is more or less... it is very recognisable but the familiar use escapes me. The libellum for today's Mass is here.

At the Communion, the Schola is singing the Panis angelicus, from the 1652 Cantica sacra of Henry Du Mont (né de Thiers).

The Marian antiphon sung during the Last Gospel. 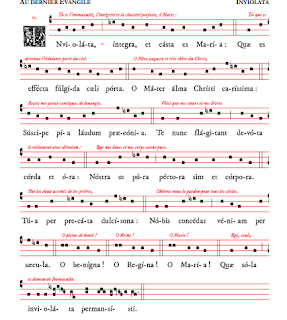 The hymn accompanying the sortie des clercs is by a fellow of whom I don't recall ever reading, from the 19th century, Louis-Claude Chevojon (m 1898), curé of Nôtre-Dame-des-Victoires. 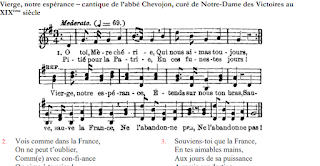 Have only now, after having been on Facebook for who knows how many years, realised that I can save threads there i.e. it's unnecessary to copy 'em  (e.g. there was a very informative one earlier today about the historical inaccuracy that time has demonstrated mars some of Father Fortescue's otherwise admirable work) and paste 'em into a notebook. Sigh. 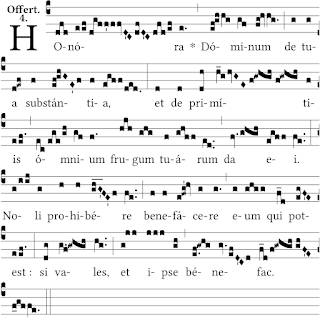 The heavens are no longer cloudless but it remains sunny and bright outdoors; the crows are chattering away (although I expect there is a better verb to use: the jays chatter, the crows moan to each other, perhaps), are moaning about the lack of peanuts-- they mean that they are having to hunt for them at the moment (since my hands are otherwise occupied) instead of having one after another thrown out the window directly to them. Now the crows have ceded the field to the jays.