A lovely Dawn, with what is a touch of perhaps smoke-tinted orange in the East...

But I might be inventing the sootiness out of my imagination of course; although the 'fire season' has most definitely begun, so far as I know the nearest wildfire burning is some 50 miles distant eastward.

Holy Mass is being streamed from Saint-Eugène at 1000 (all week long, I might add), of Saint John Vianney since it is his feast in the 1960 Kalendar; I myself am saying today the Office of the feast of Saints Cyriacus, Largus and Smaragdus Martyrs (as was done until Ioannes XXIII's reforms) with a commemoration of the holy Curé d'Ars at Lauds and Vespers.

The Introit is Timete Dominum omnes sancti eius (Psalm 33,10-11) but I can only find recordings of a Gradual which uses the same text but with a different verse replacing the Introit's (which is also from Psalm 33, verse 2: Benedícam Dóminum in omni témpore: semper laus ejus in ore meo). 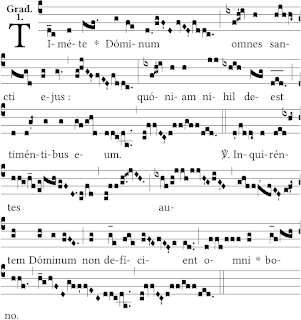 Must complete the morning tasks before going out walking.

It was wonderful, feeling the few scattered drops of rain earlier, and it remains cloudy now. I had seen that the one coven of weather mages were predicting the possibility of rain but dismissed it. We won't get 'serious rain' until toward the end of September.

Opening up the site Introibo (which Saint-E. uses to display the text of the Mass when they haven't prepared their own livret) I see that the feast has its own proper in France (which proprium pro aliquibus locis is ordinarily printed in missals after the indices i.e. at the very back of the books), the Introit being from the 6th chapter of the Apostle's epistle to the Galatians, Mihi autem absit gloriári, nisi in cruce Dómini nostri Iesu Christi, per quem mihi mundus crucifíxus est, et ego mundo. 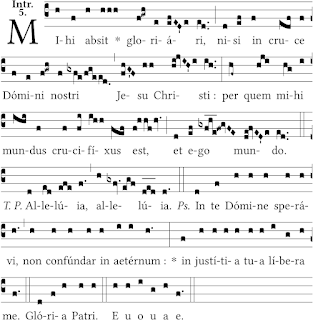 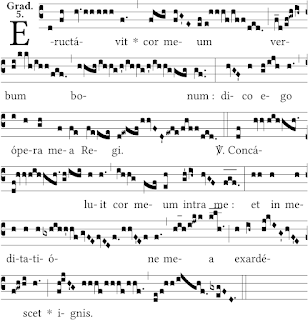 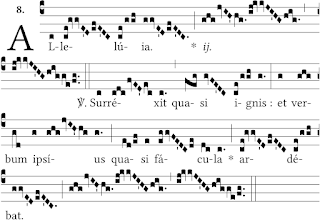 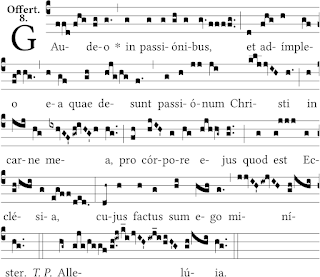 And the final chant of this Mass, the ad Communionem, is verses 17 sqq of the 6th chapter of Saint Luke's Gospel: 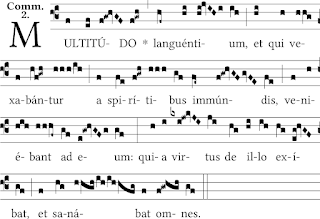 More than one of these chants are taken from those that are common to the celebration of the martyrs; I presume that this is a commentary on what is necessary to being a good and holy parish priest: an incredible work ethic, many daily hardships, and much prayer.  Now I shall see if any of those chants show up on YouTube; the Introit Mihi absit gloriari didn't.