'Cool, damp, not cool enough'-- this is more or less 'Autumn passing into Winter and most of Winter' here in Eugene. 'Not cool enough' means mid- to upper-40s F.

Have been trying to figure out what novel about John Brown I read years ago-- there is a television serial at Showtime in these days starring Ethan Hawke, who was interviewed at the Guardian this morning-- and finally it occurred to me to check the Kindle. Cloudsplitter by Russell Banks (an interview at the Paris Review, after Cloudsplitter was published, and then Wikipedia), purchased on November 3, 2013 (I see I was more or less fifteen years late to the party). That will be the read begun today, maybe; I recall a moving, intriguing portrayal-- will see if that impression survives these seven years.

Holy Mass for the feast of Saint Gertrude the Great, Virgin and Doctor of the Church, at 1000. The Mass is Dilexisti (Introibo and Divinum Officium).

Klassikaraadio is, at 0900, streaming a recording of Beethoven's Symphonies nos 3 and 4 by the Deutsche Kammerphilharmonie Bremen led (since 2004) by Paavo Järvi. The Staatsoper in Munich is livestreaming a concert featuring Diana Damrau, Klaus Florian Vogt et alii singing Richard Strauss at 1115. How I've missed seeing these livestreams I don't know.

I haven't yet listened to the San Francisco Symphony and Nico Muhly's Throughline 'concert event' from last week, tsk.

Since Saint Gertrude the Great was not a composer, a song or two of Saint Hildegard of Bingen, who most definitely was.

~~~
The reaction of French Catholics to the suppression of public worship continues to grow-- so one hopes, anyway. I am not particularly sanguine, myself.
Post Sextam. The livestream from Munich will begin in ten minutes or so-- am happy to see that the Internet connexion is working; one never is quite sure with the VPN settings, the provider's settings et cetera. 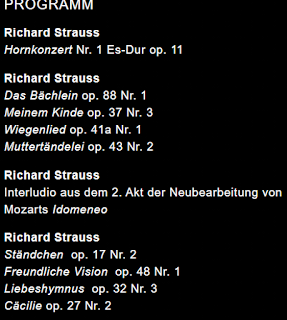 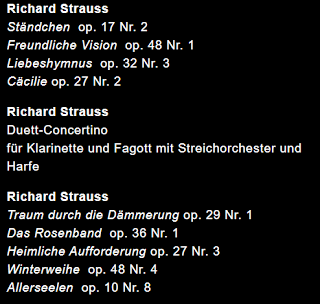 My screenshotting skill has improved only in the sense that I now regularly save the screenshot as an image and not as whatever the other two options are.
Strauss's Muttertänderlei op 43 no 2 likens the beloved child to a 'plump snail', which is not a comparison I've heard made before.
~~~
I knew this was happening but the parish office people sent an email with this paragraph earlier.

Due to the Governors 2-week 'freeze' to stop the spread of Covid-19, from November 18 to December 2, attendance at the Saturday Latin Vigil, all Sunday Masses, and the Thanksgiving Day Mass will be suspended. Additionally, the Parish Office will be closed to visitors without an appointment. The Saturday Latin Vigil at 5:30 pm, the 9:00 am Sunday Mass, the 1:00 pm Spanish Mass, and the 9:00 am Thanksgiving Day Mass will be live streamed.

Pft. Rendez-nous la Messe!
Post Vesperas. Was watching a Brasilian television serial called Omniscient; the protagonist is among the first generation raised with an electronic security system that functions, inter alia, by means of tiny drones that observe their subjects at all times. She lives in a city that contracts for Omniscient's services-- outside such cities, the world is much as it is now. She works for Omniscient. But her father has been murdered. His drone is missing. The Omniscient people are unwilling to admit that this has happened or to give her the image of whoever killed him-- the premise is that no human beings have access to any of the collected information (else 'they wouldn't have voted to accept Omniscient'): Omniscient acts as judge and jury via human beings who read from its computer displays. It is a frightening prospect but I don't deceive myself: there are plenty of people who would, today, vote to adopt such a way of life. Viver sem medo! Live without fear! I watched enough to know that I wouldn't continue beyond the first episode so simply stopped. Back to Richard Strauss for an hour or so, then Compline and bed.
***