Have refrained from stroking...

The tail feathers of the jays as, having acquired a nut, they remain perched on the sill for the five or six seconds it takes to scout the yard and its circle of trees for whatever dangers might be there: that impertinence might be perceived as an intolerable insult by them. It's better to have possession by sight and sound and the indirect touch of the birds taking flight (this produces a lovely gust of air) than to risk frightening them off altogether. In what sense is beauty possessed, anyway? cue the endlessly long chain of philosophers and lovers.

I reckon I ought to be grateful that none of them have shat on the sill.

It is the feast of Saint Louis IX, King of France and Confessor. 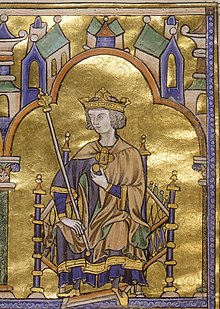 Was surprised that Holy Mass wasn't livestreamed from Saint-Eugène this morning but, eh; I almost thought of preparing to go downtown for Mass at Saint Mary's but in the Novus Ordo the Liturgy itself very imperfectly celebrates the sanctoral cycle (i.e. probably I would have heard the ferial Mass, the celebrant perhaps mentioning in his homily that it is Saint Louis's feastday) and so I decided against this.

At first I thought that the text of the Gospel at Matins (Luc 19,12sqq) had mnas in error (the term that Mons Knox translated as 'pounds'), δεκα μνασ, decem mnas, but I see that the Vulgate does use the transliteration from the Greek. The Vulgata Nova has 'corrected' this and gives minas.

Caught the last fifteen minutes or so of the recital of Lukas Geniušas at the International Music Festival ('Chopin and his Europe') at Warsaw; Chopin's Sonata in B minor op 58; quite good. Am waiting now-- listening to some not unpleasant jazz on Polish Radio Two-- for Matthias Goerne, accompanied by Jan Lisiecki, who will be singing Beethoven lieder. Am not quite sure why the piano recital was on their YouTube channel and this is broadcast on PRD but have given up trying to figure out these sorts of details: I suppose the radio provides a larger audience? Listening to the dj, Magdalena Łoś-Komarnicka, she seems to be going on about Lisiecki (whose parents are Polish, although they've lived in Canada as he grew up)-- could be his audience in Poland is enthusiastic?

He and Goerne have an album of Beethoven lieder this year and were at Salzburg a week ago-- both of these I only now notice-- with what is presumably today's program; Arte in France didn't record the recital, however.